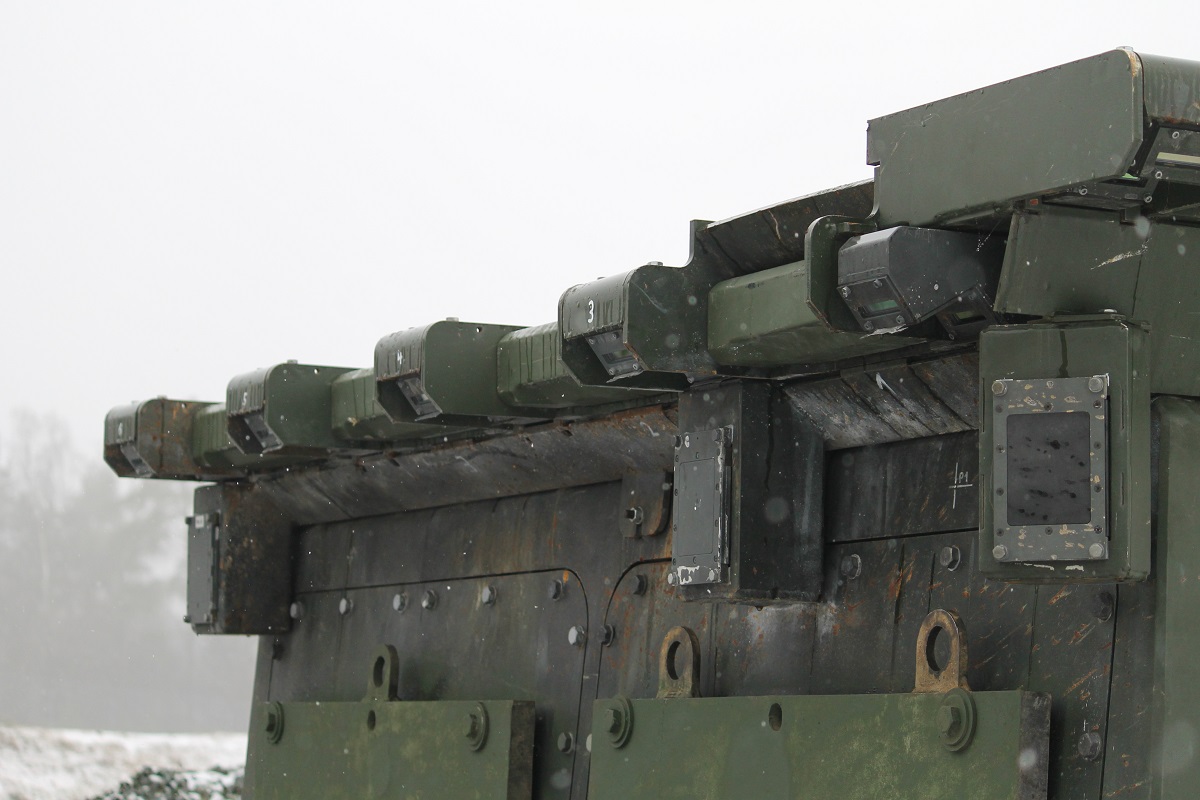 WASHINGTON — After evaluating two active protection systems in a demonstration late last fall and determining neither were the right fit for the Stryker, the Army is now evaluating how to protect one of its critical combat vehicle.

“Unfortunately for Stryker, we have not found a system that is suitable for the platform,” Col. Glenn Dean, Stryker project manager told Defense News in a June 7 interview.

The Army has found interim APS for both its Abrams tank and Bradley infantry fighting vehicle but has struggled to find one for Stryker. The service has moved quickly to field combat vehicle protection against rocket-propelled grenades and anti-tank guided missiles while it develops a future system.

The service originally considered Herndon,Virginia-based Artis Corporation’s Iron Curtain APS for Stryker, but decided in August 2018 not to move forward in fielding it to Stryker units.

US Army pursues alternatives for a Stryker-based active protection system

In an effort to expand its search for an appropriate system, the Army then decided to host a demonstration in late fall last year of two additional systems: Rafael’s Trophy VPS and Rheinmetall’s Active Defense Systems.

Signs the demonstration wasn’t proving fruitful cropped up in March, when the service said they’d need extra time — an entire year — to evaluate options for Stryker. Dean said the Army was hoping they’d see promise in one of the systems at the end of the demonstration and be able to carry it through more complex characterization for better evaluation in order to make a decision.

But as the demonstration wrapped up, the Army decided neither would work.

“Both Rheinmetall and the medium-weight Trophy, both have maturity challenges, but the bottom line is that they turned out to not be a suitable fit for Stryker,” Dean said.

“We did see some potential in systems,” Dean said, adding, “it is our desire to continue to evaluate them further so we can understand them at a greater level of detail.”

Neither system received the same level of testing as Rafael’s Trophy on Abrams, IMI’s Iron Fist on Bradley or Iron Curtain, Dean said, and the systems could end up being the right fit for some future effort to outfit other vehicles such as the Next-Generation Combat Vehicle program’s Optionally Manned Fighting Vehicle, Mobile Protected Firepower and the Armored Multipurpose Vehicle, “none of which we have identified APS solutions for yet,” Dean said.

Through continued evaluation “maybe we will eventually learn something that brings us back to Stryker,” he added.

Unlike Bradley and Abrams, Stryker is a relatively light-weight platform, Dean said. “It has challenges in its space, weight and power integration. It has proven difficult for us to find a system that is entirely suitable for integration.”

And while no operational APS system evaluated so far seems to work for Stryker, the Army is still looking into ways to protect it as its value on the battlefield only increases with the addition of bigger guns and more expensive weapon systems.

Under the Vehicle Protection System (VPS) program office, the Army is working on reactive armor improvements focused on Bradley and AMPV, but that could be of particular value for Stryker, Dean said.

The Army’s laser warning program that is tied to the Modular Active Protection System (MAPS) program could also contribute to Stryker protection.

MAPS is a system under development with the Army featuring a common controller into which hard-kill and soft-kill protection can be plugged.

And the Army will be conducting a demonstration with layered hard-kill and soft-kill protection capability later this year as part of culminating exercise for its MAPS program, according to Dean.

“The soft-kill may ultimately prove to be particularly well suited for Stryker,” Dean said.

Those soft-kill systems are jammers and smoke systems that help obscure and tend to take up relatively little space and are less expensive then hard-kill APS that require the reloading of countermeasures.

The service is also studying what it may need for a future APS and plans to initiate a program in the late part of the next fiscal year, which could also be an opportunity to develop something more suitable for Stryker, according to Dean.

While the Army does have plans to protect its combat vehicles from rockets and missiles, in a June 6 letter sent to Army Secretary Mark Esper, a group of 13 House lawmakers expressed concern the service isn’t doing enough to outfit its current fleet with APS and asked the Army to explain why it hadn’t requested any further funding for APS upgrades in the budget

According to Dean, for Abrams and Bradley, “we are resourced to meet the requirements that we have on an urgent basis to outfit a limited number of brigades. We are doing analysis right now to support development programs of record in active protection.”

He added, “What we are buying is not the end of APS activity, but it is the urgent requirements we have been given.”