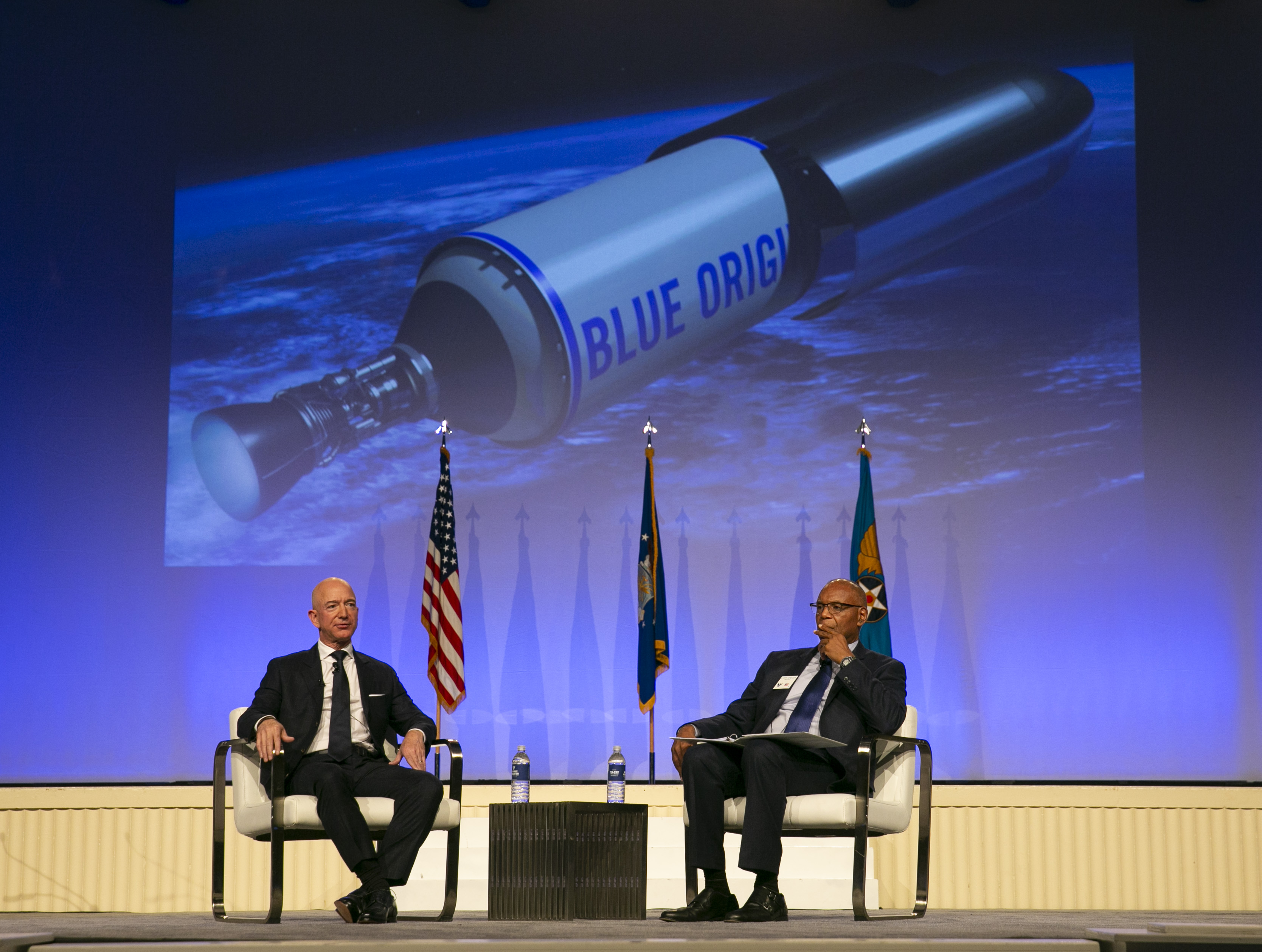 WASHINGTON — Blue Origin lodged a pre-award protest on Monday with the Government Accountability Office over concerns about the Air Force’s ongoing competition to develop its next-generation of rockets.

Blue Origin is arguing that the current structure of the Launch Service Provider competition may favor incumbents and will perpetuate a duopoly, according to a Blue Origin factsheet obtained by Defense News.

“As drafted, the LSP [launch service provider] RFP [request for proposals] includes evaluation criteria that are ambiguous and fail to comply with federal procurement statutes and regulations. This subjectivity of the criteria makes it impossible to accurately respond to the RFP,” the fact sheet states.

“To ensure the process maximizes value for the American taxpayer and protects U.S. national security interests in space, it is essential that the Air Force structure the LSP RFP in a way that fosters a fair and level playing field for new entrants.”

The Air Force released a solicitation for the second phase of the LSP competition in May and intends to downselect to two launch providers in 2020. SpaceX, United Launch Alliance, Blue Origin and Northrop Grumman are all slated to vie for the series of contracts, which will be awarded over 2020 to 2024 for launches scheduled through 2027.

Blue Origin laid out three objections in its protest to the GAO.

First, the company argues that the selection process is too vague, with ambiguous technical criteria. The Air Force plans to award contracts to the two competitors that — when combined — provide the best value. According to an industry stakeholder, Blue Origin is concerned that the Air Force could use that standard to award contracts to, for instance, the companies that place first and third instead of the top two competitors.

“As it is not clear what competitors will bid, the entire field of proposers are at a disadvantage,” the Blue Origin factsheet reads.

The company is also worried about a provision in the solicitation that allows competitors to list “backup launch vehicles” that could be utilized in the event that the two new rockets selected by the Air Force cannot be launched due to technical issues or other problems.

Only the incumbents — United Launch Alliance and SpaceX — have rockets certified by the Air Force for this mission set, putting new contenders like Blue Origin and Northrop Grumman at a disadvantage, Blue Origin argues. It also could foster continued reliance on Russian rocket motors if ULA’s Atlas V, which is powered by the Russian-made RD-180, is allowed as a backup vehicle.

Finally, Blue Origin contends that the Air Force’s decision to award contracts over a five-year period to only two providers unnecessarily restricts competition.

“Unless the Air Force changes its approach, this procurement will perpetuate a market duopoly in national security space launch well into the next decade, causing higher launch prices, less assured access to space, and a missed opportunity to expand our national security interests and bolster U.S. leadership in space,” the company stated in the fact sheet.

The GAO has 100 days to make a ruling on a protest, making Nov. 20 its deadline to make a decision.

Despite its objections, Blue Origin submitted its bid for the LSP contract on Aug. 9 and plans to move forward in the process no matter the outcome of its protest, the industry stakeholder told Defense News.

Over the past months, Blue Origin has been vocal about its concerns over the LSP competition. In the run-up to the RFP release this spring, the company quietly make the case to Congress that the contract award, currently planned for 2020, should be delayed for a year or two to allow competitors to further mature their designs.

But Air Force leaders, who have defended the service’s approach as open and deliberate, don’t want to see any delay to the current schedule.

“We are ready to issue an RFP for the launch service procurements," said Lt. Gen. John Thompson, head of the Space and Missile Systems Center, in March. “All potential offerors have sufficient maturity, and we expect a full and open and robust competition."