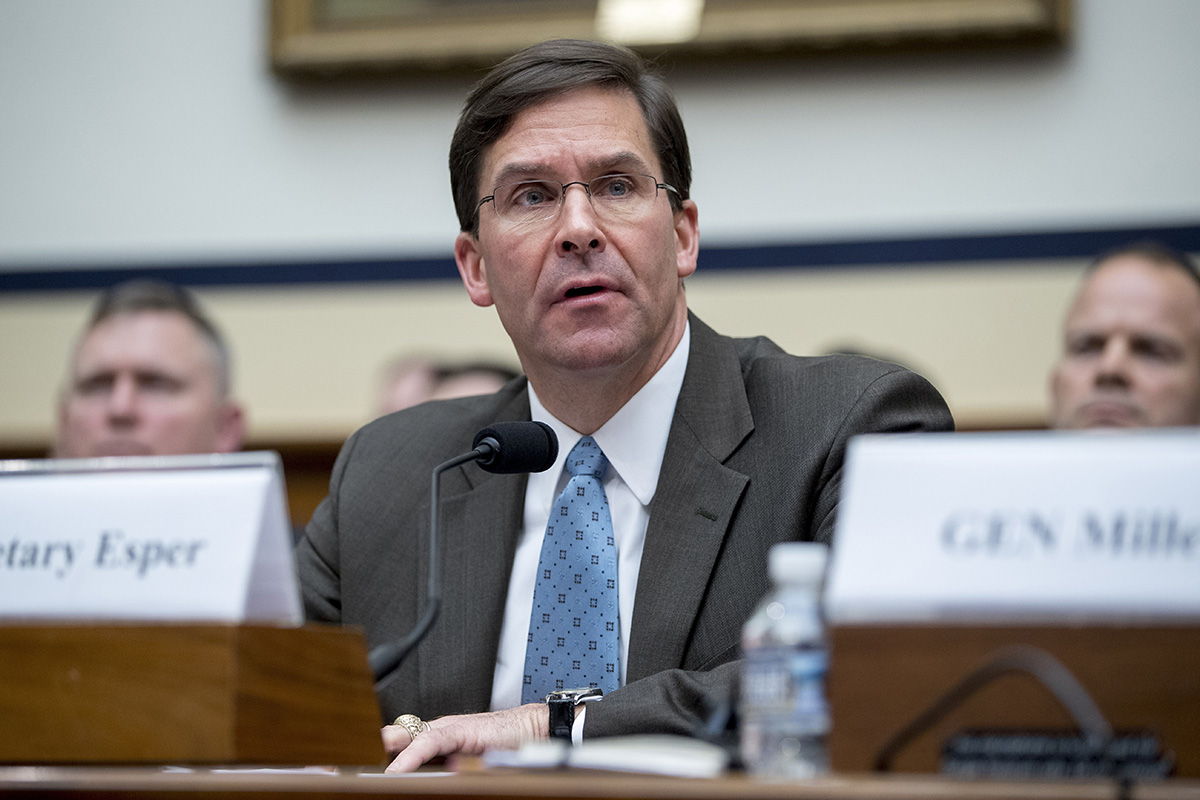 Update at 1:45 PM EST to reflect new comments from Inhofe and Reed.

WASHINGTON — The Senate Armed Services Committee has agreed to hold a confirmation hearing on July 16 for Mark Esper to be the next defense secretary, if the White House delivers the formal nomination by the day before, Defense News has learned.

The committee has already received Esper’s advance policy questions and background-check details, and committee Chairman Jim Inhofe, R-Okla., has received agreement from committee members to waive the traditional seven-day waiting period between when paperwork arrives at the Senate and when a confirmation hearing begins.

“If we get the [official nomination] from the White House on Monday, we will have the hearing on Tuesday,” Inhofe said today.

Sen. Jack Reed, D-R.I., the ranking member on the committee, acknowledged the attempt to move the nomination quickly along, saying: “Because of the vacancy, we are trying, without cutting any corners, to move as expeditiously as possible.”

SASC Seapower Subcommittee Chairman David Perdue, R-Ga., confirmed that the date has been set, saying: “I’m glad to see we’re doing that. I know the president is pushing for that and Sen. Reed and Sen. Inhofe want that as well.”

And Sen. Maizie Hirono of Hawaii, the top Democrat on the Seapower Subcommittee, added that while she ideally would like to have more time to consider the nomination, the committee does “have the materials we need basically to move forward on the confirmation. ... I know they are going to move as expeditiously as possible because it’s important that we have a permanent secretary of defense.”

U.S. President Donald Trump announced June 21 his intent to nominate Esper for the job, following the surprise resignation of Patrick Shanahan, who had been serving as acting defense secretary since Jan, 1.

Esper, the current Army secretary, will have to step down as acting defense secretary once the nomination process officially begins, to be temporarily replaced by Navy Secretary Richard Spencer.

It is expected Esper will be able to quickly move through the process, as members of the committee have both expressed support for his nomination and a growing concern for the number of empty spots at the Defense Department.

Perdue said he was “very distraught” about he broader churn at the top of the Pentagon, which this week included the withdrawal of consideration for Adm. Bill Moran to be chief of naval operations. That issue could expand should recent revelations about Gen. John Hyten scuttle his nomination to be vice chairman of the Joint Chiefs of Staff.