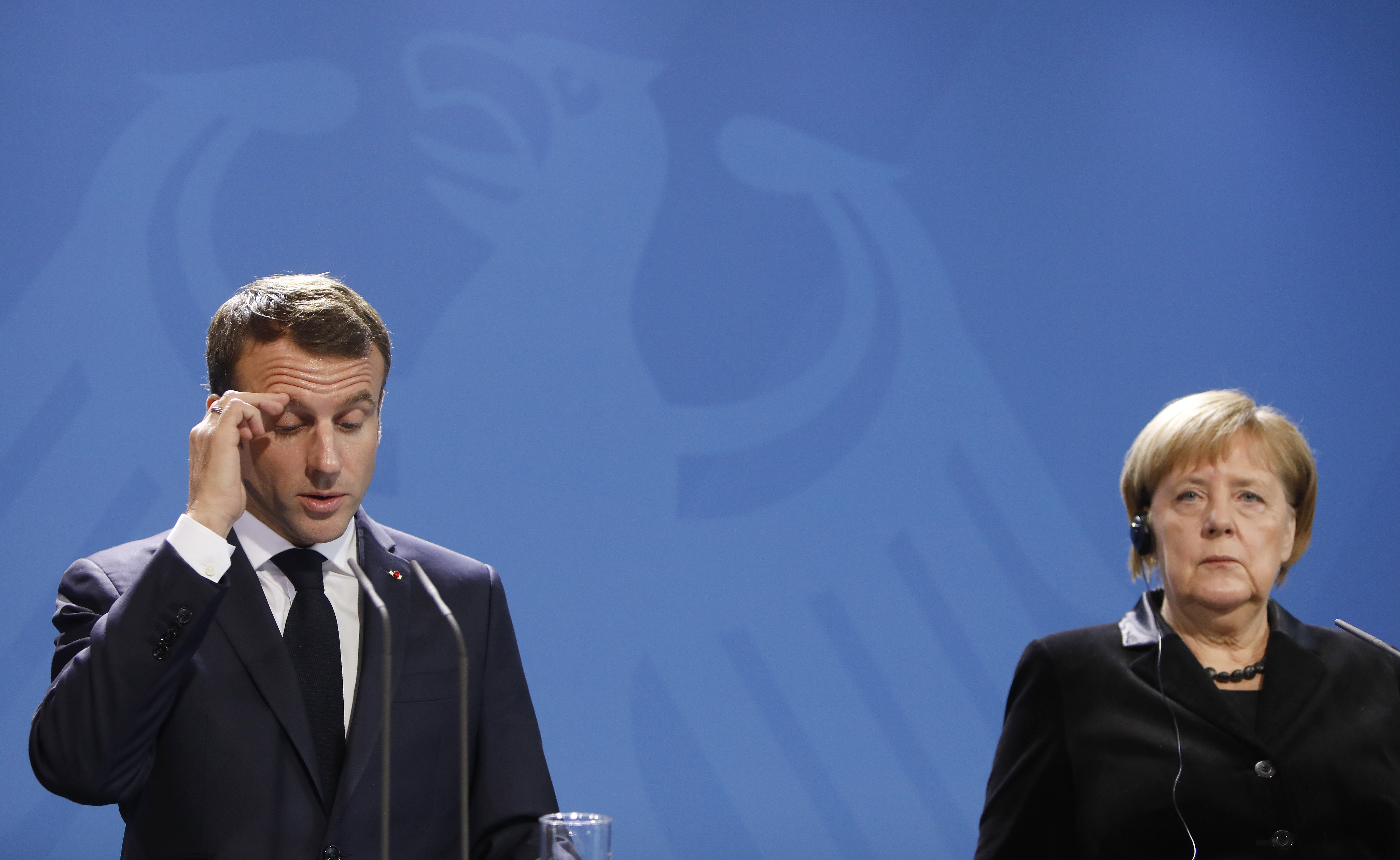 COLOGNE, Germany — The German Cabinet has approved a new, high-level pact with France that calls for a common approach to weapons exports in all joint programs.

The objective is included in the so-called Aachener Vertrag, slated to be signed by French President Emmanuel Macron and German Chancellor Angela Merkel in the German city of Aachen on Jan. 22. The document is meant to be a milestone agreement complementary of the Élysée Treaty, signed 56 years ago, further cementing ties on all levels between the former World War II foes.

Berlin and France previously clashed over the question of export limitations for the Future Combat Air System, a sixth-generation warplane envisioned to take flight sometime around 2040, Germany’s Der Spiegel reported last fall. France generally is open to exporting arms to many governments willing to pay for them. German leaders profess to take a more cautious approach when human rights concerns crop up, though the government has a history of making arms deals through the back door anyway.

The different philosophies came to a head following the death of Saudi journalist Jamal Khashoggi on Oct. 2, which some have alleged was orchestrated by Saudi Arabian Crown Prince Mohammed bin Salman. The Saudi ruling family has denied the allegations, buoyed by the Trump administration’s decision to play down the matter.

The allegations led Merkel to publicly call for halting weapons exports to Saudi Arabia, a move that drew a sharp rebuke from Paris, where officials fumed about what they perceived as German sanctimoniousness.

France and Germany’s diverging export policies are based on their respective “strategic cultures,” said Wolfgang Rudischhauser, vice president of the Federal Academy for Security Policy in Berlin. Germany considers itself a “peace power,” whereas France models its policies on the premise of an “intervention army,” he said.

‘We are not dupes’: France takes step away from US with fighter program

Asked whether the section on harmonizing export policies in the Aachener Vertrag was aimed at least in part at the future combat aircraft program, a spokesman for the German foreign ministry pointed out that no projects were explicitly mentioned in the draft treaty text.

That program, together with a future main battle tank and a future combat drone, forms the backbone of Franco-German defense ambitions, with tens of billions of dollars at stake.

With a concrete objective toward harmonizing arms-export rules now on the books between Paris and Berlin, Rudischhauser argued that a European Union-wide regime would be needed in the end.

“That would require ceding certain authorities to the EU, for which neither Germany nor France have shown an appetite,” he told Defense News.

To oversee the the new treaty’s defense provisions, the pact establishes a bilateral defense and security council, which would “convene regularly at the highest level.”