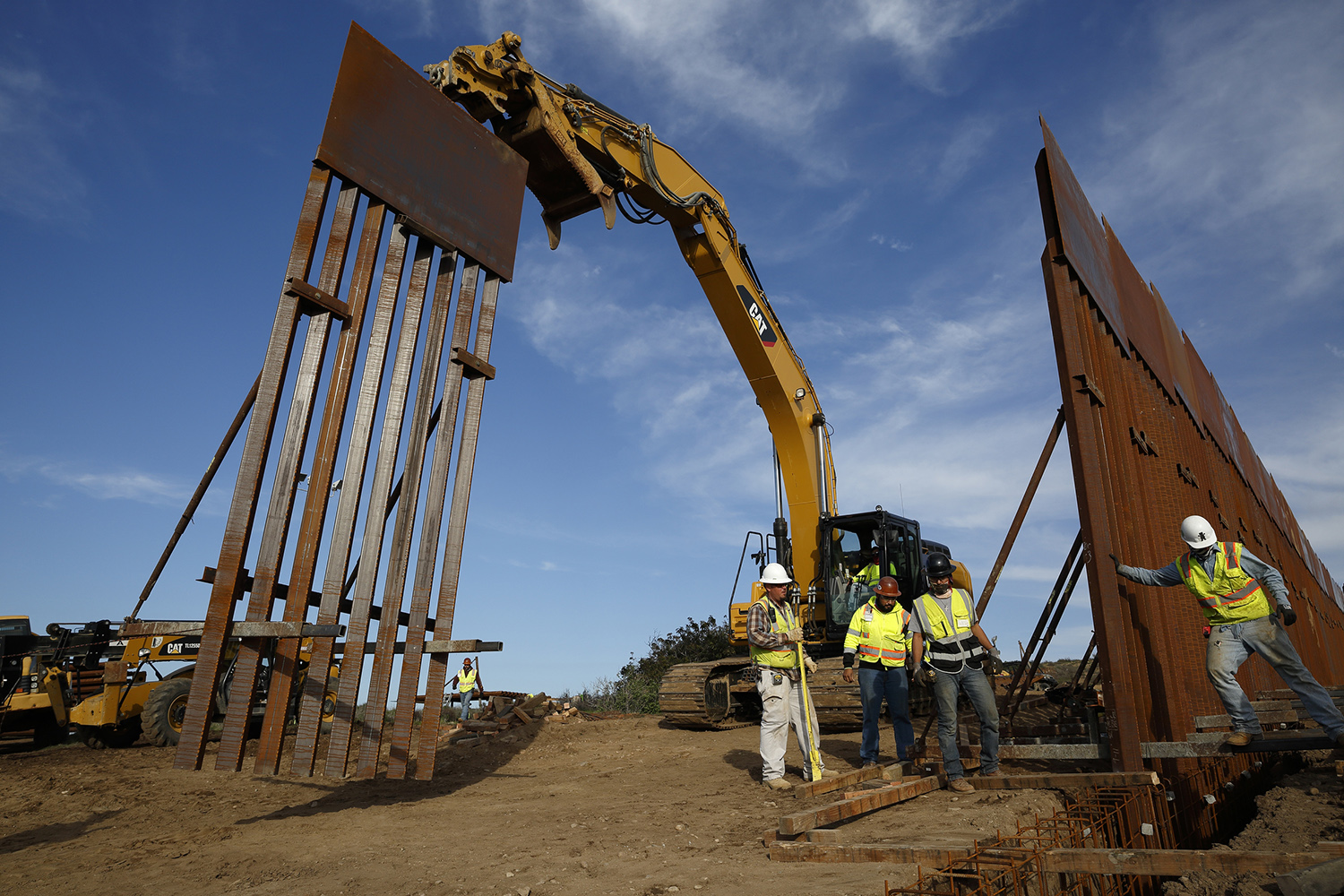 WASHINGTON ― Key House Democrats are following through on a threat to limit the Pentagon’s authority to reprogram funds in response to Pentagon leaders diverting military funding toward President Donald Trump’s wall with Mexico.

This marks the second time House Democrats in have offered legislation restricting the executive branch since the Pentagon unilaterally reprogrammed $1.5 billion in fiscal 2019 funds last week to support the wall―for more than $2 billion this year. On Wednesday, the House Appropriations Committee’s subcommittee on defense passed a 2020 Pentagon funding bill that slashes the amount of money the military can shift between accounts from $9.5 billion to $1.5 billion.

“The legislation introduced today will ensure the use of this emergency military construction authority is transparent, within a reasonable cost range, and most importantly, will only draw from sources of funding that do not hamper existing construction projects or military readiness,” Smith said in a statement.

The appropriations bill that Congress passed in February to reopen the government allocated $1.375 billion for 55 miles of border barriers, but Trump―by declaring an emergency at the border―has since sought to shift pools of money to pay for further barrier construction.

Democrats mainly have argued that the president’s actions usurp their constitutional power of the purse. Congress attempted to override the emergency declaration, but Trump vetoed the legislation and the veto was sustained in the House.

Last week, Defense Secretary Patrick Shanahan told the Senate Appropriations Subcommittee on Defense that the Pentagon had accumulated enough funding for 256 miles of border barriers and that there would be 63 new miles built over the next six months.

“Congress debated the issue of border security for a year-and-a-half and decided to spend $1.2 billion on more effective border security technologies than the President’s vanity wall,” Garamendi, whose panel oversees military construction, said in a statement.

“This crucial legislation will provide a vital check on the executive branch and prohibit the President from using the MILCON budget and other critical projects as a personal slush fund to fulfill a campaign promise.”

The White House’s acting budget director, Russ Vought, in a May 1 letter to Vice President Mike Pence, stressed the southern border is in a genuine crisis. U.S. Customs and Border Protection, in March, encountered a record high of more than 100,000 illegal border crossers and inadmissible aliens. More than half of apprehensions have been migrant families, he said.

“I urge the Congress to take swift action to provide the additional funding requested to address the humanitarian and border security crisis at the United States southern border,” Vought wrote. “I also urge the Congress to complete its work to provide supplemental funding for disaster recovery to get those affected regions and military installations the support they need to rebuild.”