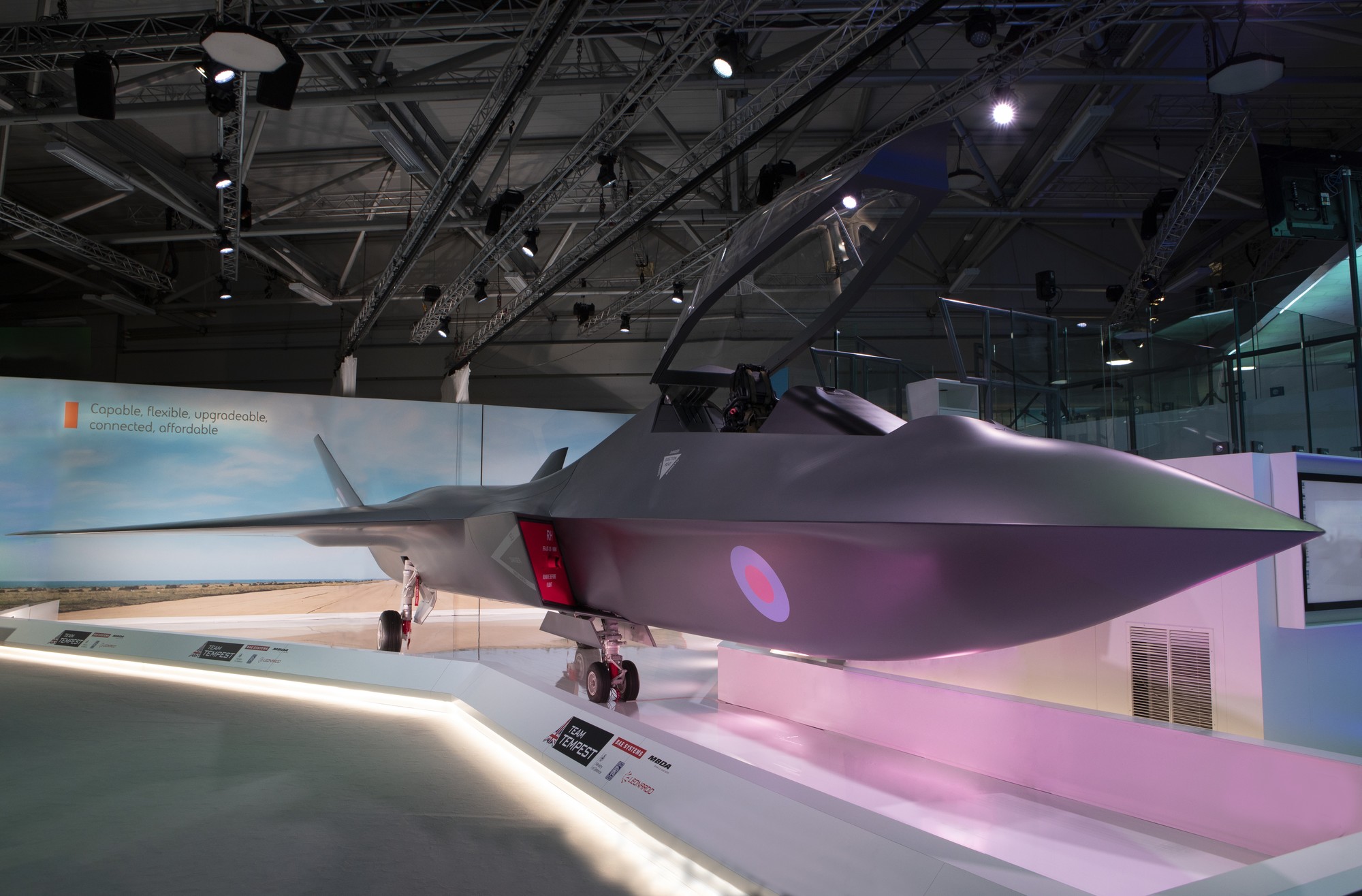 LONDON – Italy is expected to join a nascent British effort to build a sixth-generation fighter jet, expanding that program's membership club to three partners after Sweden signed up earlier this summer.

Officials here at the DSEI defense trade show were still unsure as of Tuesday afternoon in what form the government-to-government agreement would be announced, saying that the two countries' turbulent political situations made for little certainty.

It appeared on Tuesday afternoon that a written statement by the respective defense ministries would be published by Wednesday morning, to be accompanied by a formal event that day.

The UK subsidiary of Italy’s Leonardo has been part of the program since its unveiling at the Farnborough air show last year, working on new new ideas for sensors and avionics. It remains to be seen if involving the whole of Italy’s flagship contractor will alter the playing field on the industrial side.

Tempest is meant to take flight sometime around 2040, replacing the Eurofighter Typhoon for the British air force. The promise of a sixth-generation capability lies in the integration of manned and unmanned planes carrying weapons and sensors, tied together by a complex data network and cloud-like information infrastructure.

Information on the scope of Italy’s involvement in the program was eagerly awaited at the DSEI show, with some sources suggesting Rome’s participation could go beyond what Sweden and its go-to contractor Saab signed up for in July.

During a press conference in July, Saab CEO Håkan Buskhe described the prospect of jointly developing Britain’s notional Tempest platform as only one of several possible outcomes of the tie-up inked by the two countries’ defense ministers that month.

The near-term objective, he said, was rather for Saab participating in cutting-edge research that could help boost the performance of its latest Gripen E fighter. The jet is “75 percent software,” he explained, which presents the possibility of new capabilities without major hardware changes.

The involvement of Italy in Tempest solidifies what is becoming a major race in Europe to develop a next-generation warplane for the continent. France, Germany and Spain are pursuing a separate effort, the Future Combat Air System, with Airbus and Dassault in the industry lead.

With reporting by Andrew Chuter.