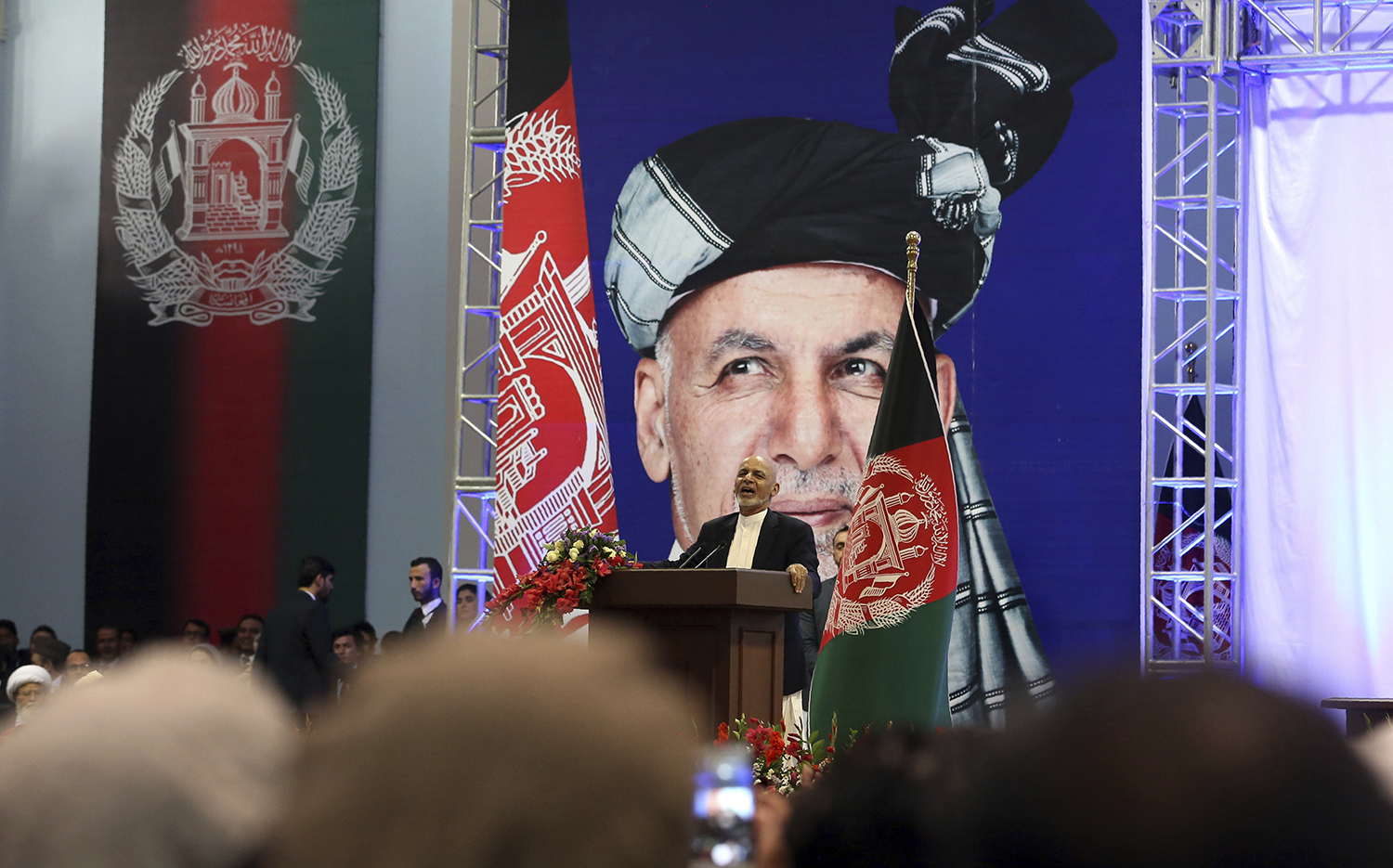 WASHINGTON ― The House’s No. 3 Republican, Rep. Liz Cheney and other Republicans voiced skepticism Monday amid a possible deal to withdraw U.S. troops from Afghanistan, following the latest round of talks with the Taliban.

Cheney, the House’s No. 3 Republican, called for any potential agreement between the U.S. and the Taliban to be made public and for Taliban leaders to explicitly renounce al Qaeda. The comments came as the latest round of talks ended early Monday without any sign of a deal to end the 18-year war, America’s longest.

A Taliban spokesman had said last week that this eighth round of talks would conclude with a deal to end the war. The two sides have been discussing an agreement under which U.S. forces would withdraw from Afghanistan and the Taliban would guarantee the country would not revert to being a launch pad for global terrorist attacks.

“Accepting a phony deal that puts America’s security in the hands of the Taliban would mean conceding defeat to al Qaeda, the group responsible for killing nearly 3,000 Americans on 9/11,” Cheney, R-Wyo., and the daughter of former Vice President Dick Cheney said in a Twitter post. Cheney serves on the House Armed Services Committee.

President Donald Trump has told his advisers that he wants to pull all U.S. troops out of Afghanistan by the November 2020 presidential election, NBC News reported last month. The Washington Post has reported that a troop drawdown could reduce troop levels from 14,000 to between 8,000 and 9,000, though the Pentagon has maintained it has yet to receive orders to execute such a plan.

The U.S. has pressed for a cease-fire and a framework for inter-Afghan talks, but so far the Taliban have refused to recognize the Afghan government, dismissing it as a U.S. puppet, and continued to stage near-daily attacks across Afghanistan.

Any deal, Cheney said in a statement, must include commitments from the Taliban to protect the rights of women and girls, support the legitimacy of the Afghan constitution, stop receiving funds or military support from “malign sources,” and to participate in future counter-terror operations.

Though Cheney seemed to contrast with the Trump administration’s quest for a speedy reconciliation, she couched that in praise.

“President Trump has led the way in freeing America from one-sided agreements that undermine our national security,” said Cheney, forgoing specifics. “He has demonstrated his refusal to accept bad deals that put America and our interests at risk. The same crystal clear judgment must apply with the al Qaeda-allied Taliban.”

Cheney invoked links between the Taliban and al Qaeda and the Taliban’s “daily attacks that resulted in the deaths of American soldiers and their allies, as well as innocent civilians.”

More than 2,400 U.S. service members have died in Afghanistan since then. The U.S. and NATO formally concluded their combat mission in 2014, but around 20,000 American and allied troops remain in the country.

The Taliban are at their strongest since the U.S.-led invasion toppled their five-year government in 2001 after the group had harbored al-Qaida leader Osama bin Laden.

Republicans have pushed back on the administration’s Afghanistan plans before. The GOP-controlled Senate voted 68-23 in January to oppose the “precipitous withdrawal” of U.S. troops from Afghanistan, breaking with President Donald Trump as he called for a military drawdown. The measure was sponsored by Senate Majority Leader Mitch McConnell, R-Ky.

Though it wasn’t clear how many Republicans Cheney was speaking for Monday, she was not alone.

South Carolina Republican Sen. Lindsey Graham, a Trump political ally, has tweeted warnings in the past against a precipitous U.S. withdrawal.

Perfectly said... been there done that, got the ISIS. https://t.co/v1ytvV6KUU

I could not agree more. The Taliban has not changed its hateful ideology or stopped its brutal targeting of civilians. Hoping they change their nature in the future is not a wise foreign policy. https://t.co/3wdfxCvx4X

Texas Republican Rep. Dan Crenshaw ― a former Navy SEAL who lost his eye to a roadside bomb while serving in Afghanistan in 2012 ― also expressed skepticism on social media about a U.S. withdrawal.

“Before we reactively cry ‘no more endless wars’ we must consider what that means in practice. It means we give [the Taliban] the space and time to plan another 9/11,” Crenshaw said. (Several Democratic presidential candidates have used the term “endless wars,” as has President Donald Trump.)

“Negotiations are good. Peace talks are good. They should continue,” Crenshaw said in a tweet. “But I currently see no circumstances where a total US withdrawal or a political timeline can be justified. Let’s keep that in mind as we consider the next steps.”

The Associated Press contributed to this report.