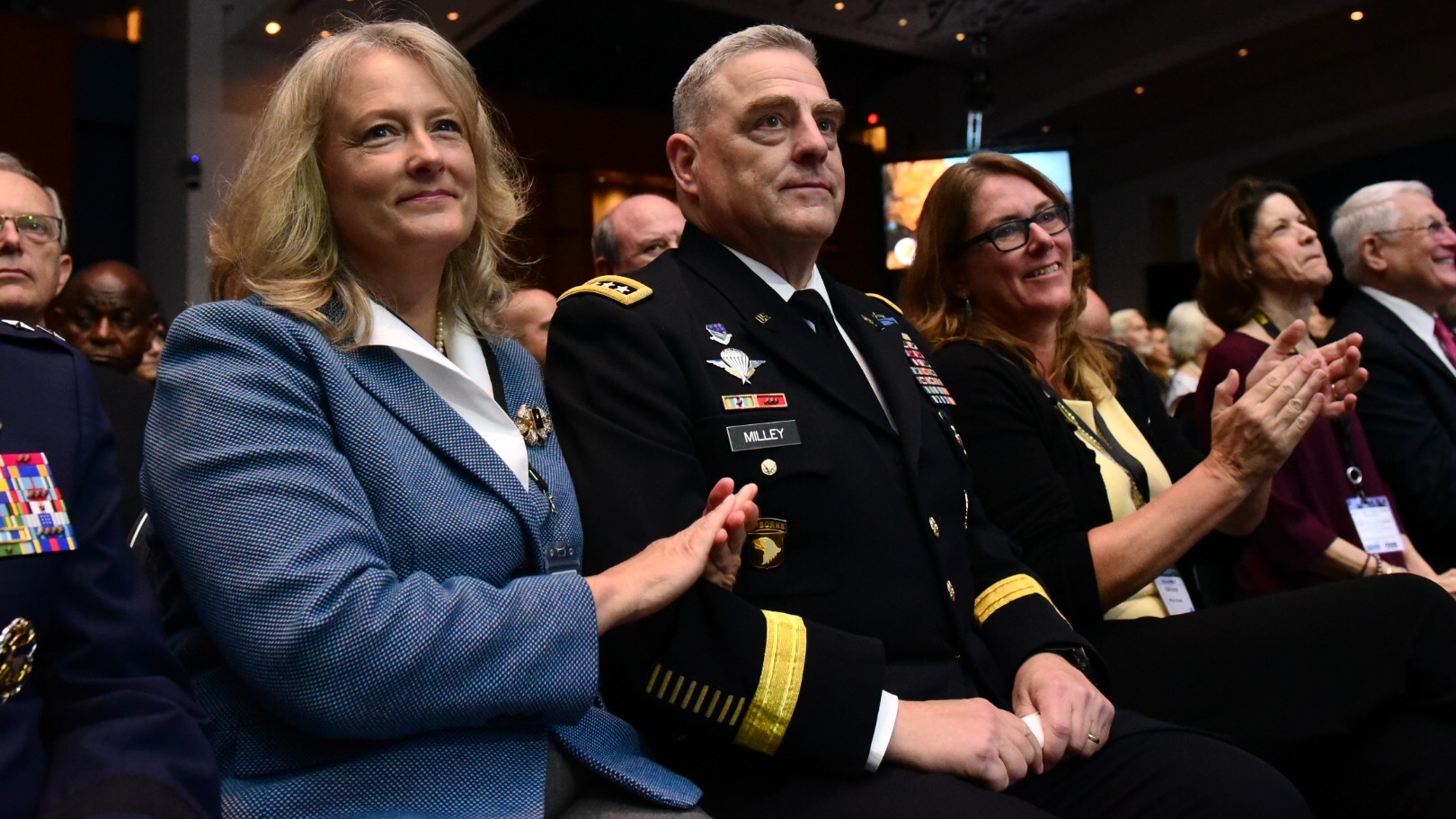 WASHINGTON — President Donald Trump’s choice to be the next chairman of the joint chiefs of staff has thrown his full support behind nuclear modernization plans, the creation of a Space Force, and developing new capabilities to offset China.

Gen. Mark Milley, currently the Army chief of staff, faced little in the way of tough questioning during the Thursday confirmation hearing; several members, including Republican Josh Hawley and Democrats Tim Kaine, Doug Jones and Richard Blumenthal, said in their remarks they intend to vote in support of the nomination.

That easy questioning remained even after Milley voiced support when asked whether it would be “helpful” to place conventionally-armed, ground launched intermediate range missiles in the Indo-Pacific to help deter Chinese interests in the region. Those weapons had previously been banned under the INF treaty, which the Trump administration exited earlier this year.

It was also true when Milley called the development of low-yield nuclear weapons “an important capability to have in our arsenal in order to deal with any potential adversaries or contingency operations.” Democrats from both chambers of Congress have raised objections to the creation of those systems, as well as the potential to deploy ground-based cruise missiles in the future.

More broadly on nuclear issues, Milley aligned himself with a statement from former Secretary of Defense Jim Mattis, saying that the U.S. “can afford survival and we have to. It’s imperative that we modernize and maintain the readiness of modernized by the conventional and strategic forces. No question about it,” Milley said. “My view is that the Triad has worked.”

Asked to name his three priorities for dealing with China and Russia, Milley showed a view in line with the National Defense Strategy.

“I think the very number one for me and number one stated for the Department of Defense is the modernization, recapitalization of the nation’s nuclear triad. I think that’s critical. Secondly, I would say is a space. It’s a new domain of military operations. We got a considerable amount of both commercial and military capabilities in space that need to be protected in this — and all the technologies the go with space,” Milley said.

“In addition to that, I would say that artificial intelligence and hypersonics, and there's many, many other technologies, those two are at the top of my list for putting modernization investment.”

Milley showed his support for the creation of a Space Force, but also showed patience with the process, saying the incremental steps taken by Congress to create a branch of the service that lives under the Secretary of the Air Force but has a spot on the Joint Chiefs is the “appropriate” approach.

“I’m not taking the view that it’s just added bureaucracy. I know that that is a risk and it’s out there, but that’s not what I see the outcome here,” Milley told senators when asked whether the Space Force plan could backfire. “I see the outcome as a group of people that are dedicated to operation space, and it’s a complimentary effort, not a duplicative effort.”