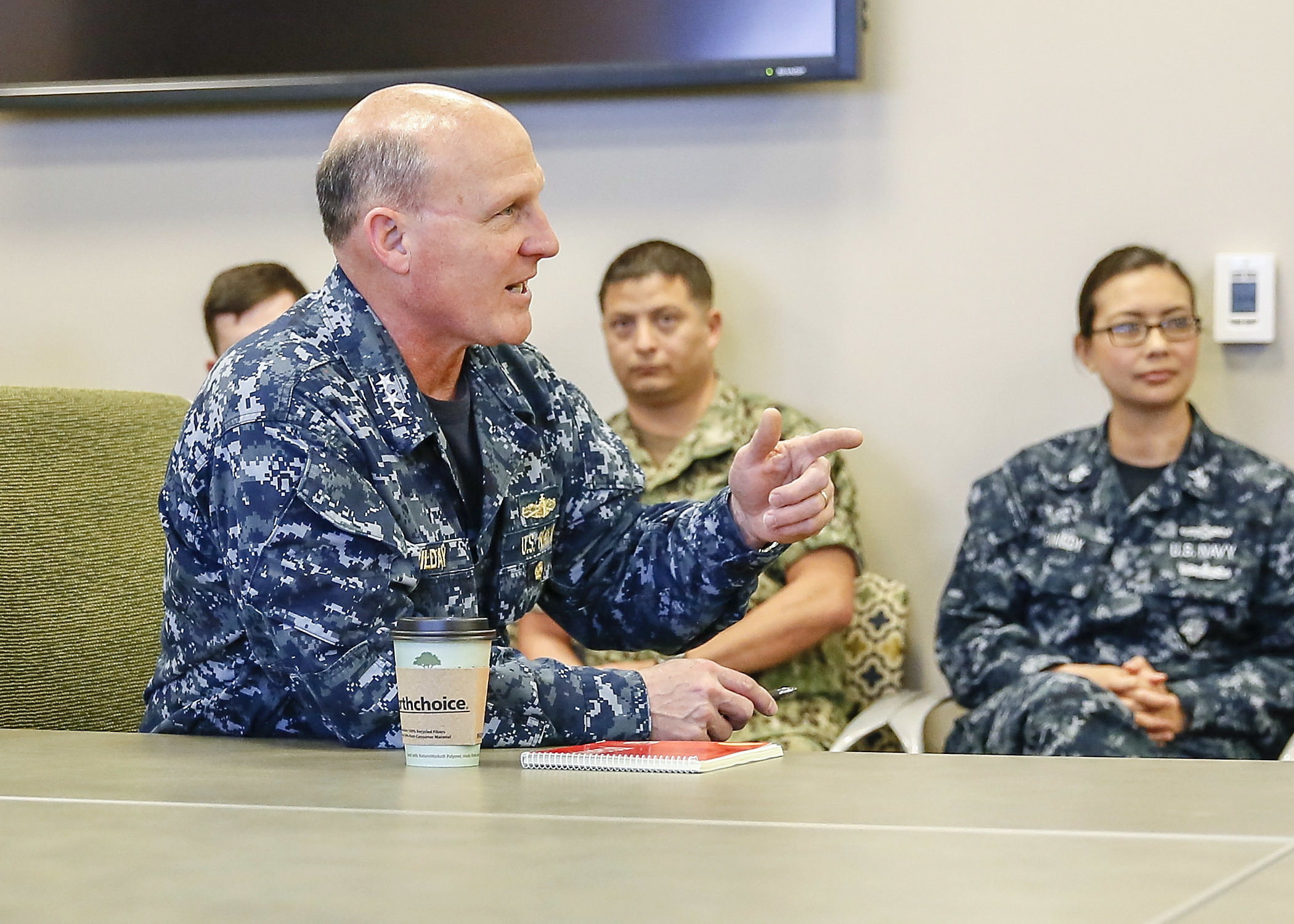 The expected nomination of Vice Adm. Michael Gilday to lead the Navy brings forward an officer with key cyber experience to the top echelons of military leadership.

He would be the first officer to lead a service that has also commanded a service cyber component.

Many in the national security community have said how modern conflicts will require a “multi-domain” approach, one in which capabilities from all five domains of warfare, land, sea, air, space and cyber will be included.

“Vice Adm. Gilday’s nomination would make a lot of sense given what the next [chief of naval operations] will face,” Bill Leigher, who helped create Fleet Cyber Command, wrote to Fifth Domain in an email. “To continue to work toward CNO Richardson’s goal of 355 ships, a push for robotics and increased use of artificial intelligence in the fleet will require leadership skills that extend beyond usual line officer experience. Adm. Gilday’s career experience as a surface warfare officer and his outstanding leadership at Fleet Cyber Command perhaps make him uniquely qualified to guide the Navy as it makes hard choices in building the next Navy.”

Following his post leading Fleet Cyber, Gilday was chosen to go to the Joint Staff as the director of operations. Then, experts in the cyber and military field had expressed the importance of having non-cyber folks cycle in and out of the Pentagon’s top cyber jobs. This allows for the military to spread cyber expertise, and in this case, allowed an officer to bring critical cyber experience to the Joint Staff and lead all of DoD’s operations.

Gilday’s “experience at Fleet Cyber Command would undoubtedly have an impact on how Naval operations around the world integrate cyber into daily activities,” Leigher added. “In the Pentagon, cyber experience will have a shaping effect on all Navy programs and because of the close working relationship with other service chiefs, he could have an impact beyond the Navy.”

Navy Secretary Richard Spencer has keyed in on cybersecurity recently, commissioning a study to take a comprehensive look at the Department of the Navy’s cybersecurity posture.

Gilday’s current position, director of the Joint Staff, is considered a launching pad to a four-star position, indicating he was likely headed to lead a combatant command or comparable position. Some of the most recent examples of Joint Staff directors moving on to four-star positions include Gen. Kenneth McKenzie, commander of Central Command, Gen. David Goldfein, chief of staff of the Air Force, Gen. Curtis Scaparrotti, outgoing commander of European Command, and Adm. William Gortney, who retired in 2016 and served as commander of Northern Command.

In the cyber field, the philosophy has been that cyber expertise will filter up from the lower ranks in to the executive and leadership suites of the military.

Similarly, in the Air Force, Lt. Gen. Christopher Weggemen, a career pilot who began cycling into the cyber world, went from leading Air Forces Cyber to becoming vice commander of Air Combat Command, which is responsible for providing trained and ready aviators and air platforms around the world.

Currently, top leadership in cyber in the military stems mostly from the intelligence field, given that true cyberspace career fields haven’t been around long enough to produce top leaders.

The Army, for its part, created a branch for cyber, on par with infantry or artillery. This means someone can enter the Army in cyber and do that for their entire career as opposed to cycling out of a cyber job after a three year period.

The Marines are also creating an occupation field for cyber. It has been equated to the special operations world in which once in, personnel don’t leave unless they actively seek a transfer or retire. This seeks lean on investments made in training cyber forces to retain them in a cyber field for the duration of their career as opposed to seeing them cycle out.

“If you get qualified as a cyber Marine, you ain’t ever leaving, unless you want to. If you want to stay there and do ones and zeros, that’s fine,” outgoing commandant Gen. Robert Neller, said in a 2018 speech.