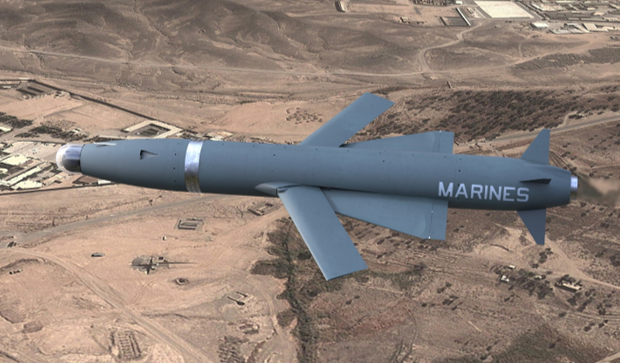 For years, the Corps has sought ways to upgrade the capabilities of its tilt-rotor MV-22 Osprey, as the lightly armed aircraft is a big target and is vulnerable to attack, especially when landing and extracting ground forces.

Now, the Corps is looking at a drone that can be launched out of the back of an MV-22 Osprey to provide advanced reconnaissance of potential enemy threats to the aircraft, according officials at the Marine Corps Warfighting Lab.

It’s called the Air-Launched Fast Autonomous Reconnaissance System, or AFARS, and according to details provided by the Marine Corps Warfighting Lab. The air-launched drone has a maximum range of 165 nautical miles and a 100 nautical mile range with a 10 minute loiter time on station.

According to the Warfighting Lab, the AFARS system can maintain a line-of-sight data link capability within a 50 nautical mile radius, providing pilots potentially lifesaving intelligence of ground based threats miles before the crew reaches their target destination.

The 6-foot-long drone can fly at an altitude of 25,000 feet and carry a payload of up to 4.4 pounds, potentially providing other kinetic strike capabilities or sensors.

It’s the latest effort by the Corps to bridge some key vulnerabilities of the MV-22.

The Corps was seeking to up-gun its tilt-rotor by creating a gunship variant that could provide escort capability. Forward-firing rockets were being considered.

But, according to Naval Air Systems Command, the Corps abandoned its search for a new weapon systems in favor of upgrading the underbelly GAU-17, 7.62 mm mini-gun known as the Defensive Weapon System.

Previous testing of the Defense Weapon System in 2015 highlighted some fields of fire limitations as a result of damage found on the fuselage of several test aircraft.

While the Corps’ Osprey has an escort gap, the Marine Corps at times has partnered with Air Force A-10 Warthogs to address the issue.

Lt. Colin B. Kennard, a spokesman for Marine Aircraft Group 24, previously told Marine Corps Times that the A-10 is the “preferred escort platform” and that the aircraft is “commonly paired” with the Osprey when conducting evacuations and extractions.

The A-10 has escorted the Corps’ Ospreys in support of anti-ISIS missions in Iraq and Syria, Kennard said.

The Corps also is amid plans to develop a large group five sea drone known as the MUX. It doesn’t expect to field the futuristic drone until around fiscal year 2026.

The program is still in the early stages of development, and the fiscal year 2020 budget request is only seeking $21.6 million, according to Marine spokesman Capt. Christopher Harrison.

That money will go toward “technical concept maturation and experimentation for MUX," Harrison said.

The two challenges will award prizes to the winners for various designs of an airborne early warning payload and intelligence, surveillance and reconnaissance payloads for the MUX.

The AFARS system can’t plug the Osprey escort gap, but it can provide detailed information of threats ahead, reducing some of the aircraft’s risk.