The Netherlands to buy nine more F-35s for $1.1 billion 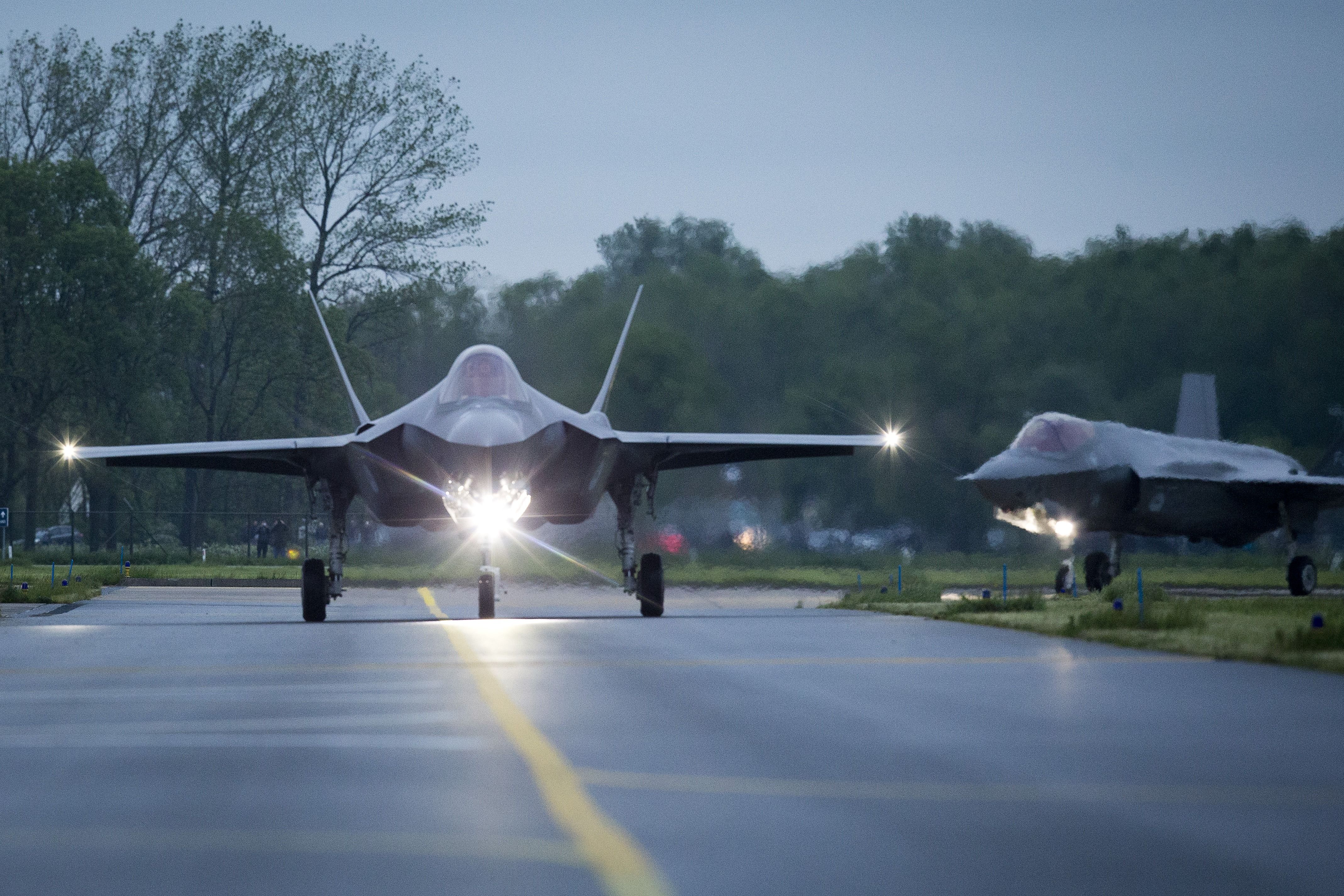 COLOGNE, Germany – The Dutch government on Tuesday announced plans to purchase nine more of Lockheed Martin's F-35 jets, a move that would bring the country's inventory to 46.

The envisioned €1 billion acquisition will “lay the foundation” for a third F-35 squadron in the Dutch air force, a plan that government officials first floated in late 2018, according to a statement posted on the defense ministry website.

The additional aircraft are expected contribute to the air force's objective of having four jets available for NATO missions while also performing homeland defense operations and accounting for training requirements and maintenance downtime.

Fully rounding out a third squadron would require 15 extra planes, however, alliance officials have previously told the Dutch, prompting talk in the Netherlands last year of a potentially higher number eventually.

The Dutch want the F-35 to replace their legacy fleet of F-16s. Neighbor Belgium selected the fifth-generation aircraft in the fall of 2018, announcing a planned buy of 34 copies.

Dick Zandee, a defense analyst at the Clingendael think tank in The Hague, told Defense News the announced acquisition of nine more F-35s enjoys “broad support” in the Dutch parliament. He said government leaders had already included the new aircraft spending in their annual report to NATO to show momentum in the country’s move toward spending 2 percent of gross domestic product on the military.

Government officials have told parliament that they want to give the American program office a formal notice to buy the additional jets before the end of the year, Zandee said. The Dutch want F-35s of the newest configuration, he added, which means any changes in the international delivery schedule caused by the recent Turkish expulsion from the F-35 program likely would play no role.

The Trump administration has kicked Turkey out of the program over the country’s purchase of the Russian S-400 air-defense system. American officials fear that co-locating the two systems could enable Russia to glean valuable intelligence about the planes simply by subjecting them to the S-400′s sensors.