To build stockpiles of weapons, UK looking at two-pronged approach 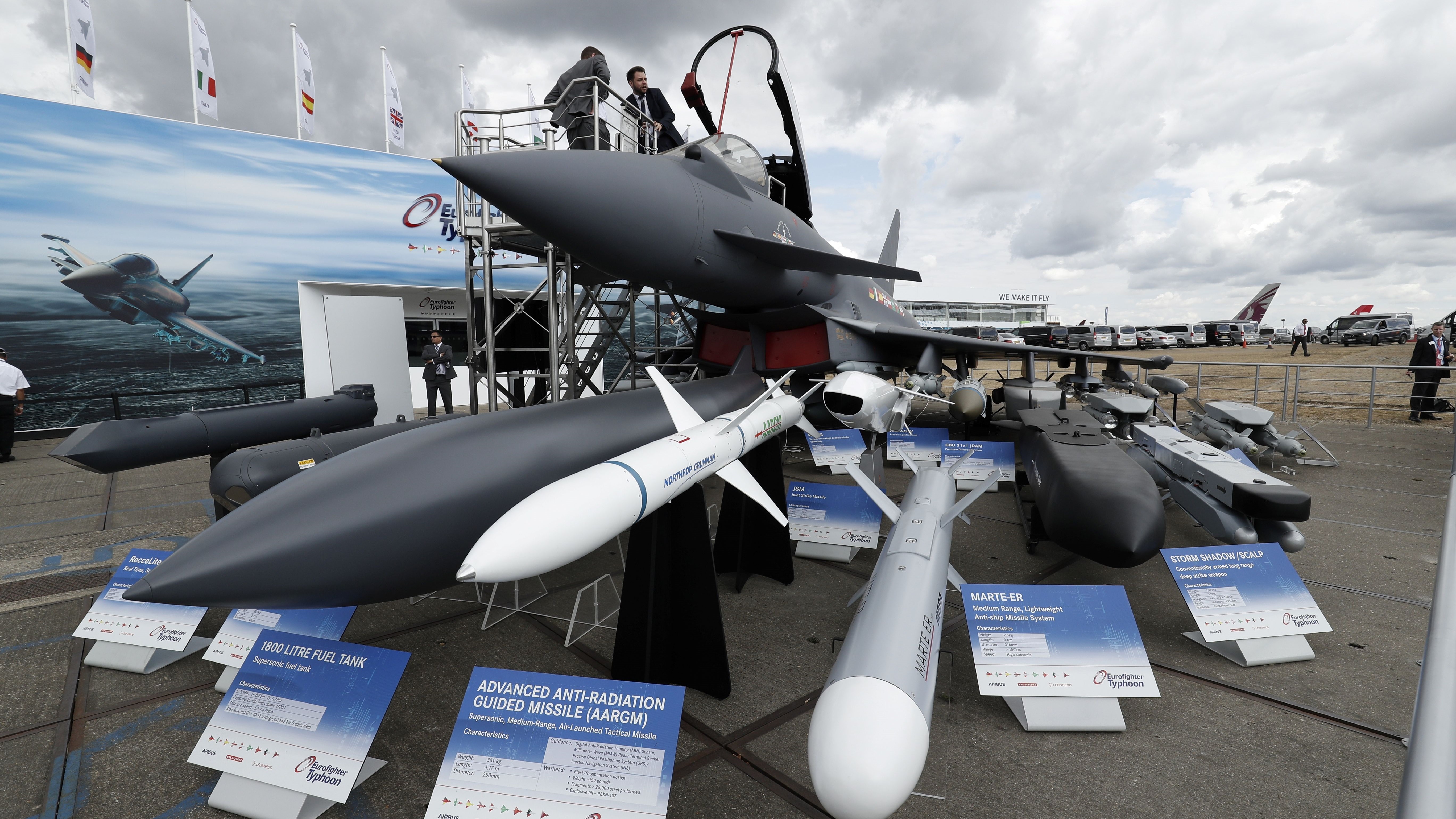 WASHINGTON — When the UK rolled out its Modernising Defence Programme report last month, it highlighted a need to increase stores of weaponry in order to deal with the threats from great powers around the globe.

In his speech unveiling the document, defense secretary Gavin Williamson specifically stated that to “improve the combat effectiveness of our forces, we will re-prioritize the current defense program to increase weapon stockpiles. And we are accelerating work to assure the resilience of our defense systems and capabilities.”

But what does that actually entail? During a Tuesday visit to Washington, Director of Defence Strategic Planning and Priorities Will Jessett said the UK plans to go about building weapon stockpiles up in two ways.

The first is the easy one: throwing money at the problem. And a certain amount — Jessett wouldn’t say exactly how much — of the recent budget increase given by parliament will indeed be going towards increasing stockpiles of armaments.

The second part is harder, but goes to a through-line for the strategy document: the need to be smarter about how the British military uses its gear.

“We’ve spend a shedload of money on producing the force structure that we have already. We’re not necessarily generating and using it as effectively as we might have done,” Jessett said. “The first thing to do is to make sure that we are making the best of the existing capability that we have, and that [includes] making sure that we’ve got both the weapon stockpiles and the spares to make sure that you can actual generate the right numbers of aircraft squadrons.”

“So some of this will be the new money out of the couple of billion but a lot of this is going to be telling the services themselves,” he added. “There isn’t a dollar figure, but there are strong incentives now back on the services to say guys, you’ve got to [use] the capabilities that you’ve got already.”

Looking at the Pentagon’s own efforts over the last few years shows that may be easier on paper than in reality, however. Pushing to find new efficiencies inside the DoD is an annual affair, with the latest attempt delayed by the removal of chief management officer Jay Gibson and the fallout from the resignation of Secretary of Defense Jim Mattis.

And building missile stockpiles up is a logistical challenge for the department right now, with the Pentagon warning last May that producers of vital parts and materials are on the verge of going out of business or beholden to foreign ownership.

Jessett also acknowledged the Brexit-shaped elephant in the room, noting that the ability of the ministry to invest funding into new defense priorities will be impacted directly by what deal is finally reached between the kingdom and the rest of Europe, particularly with foreign-made equipment.

“Amongst the reasons we started to face this affordability delta in 2017 were because exchange rates did fall, relative to where they were in 2015,” he said. “I think back to this [question] about the terms of the deal. If we get a deal that’s ok, I can imagine, personally, exchange rates not just stabilizing but somewhat improving. If not, it is by definition going to add further pressure into this.”

But, he said, “That’s not what we’re planning for at the moment.”