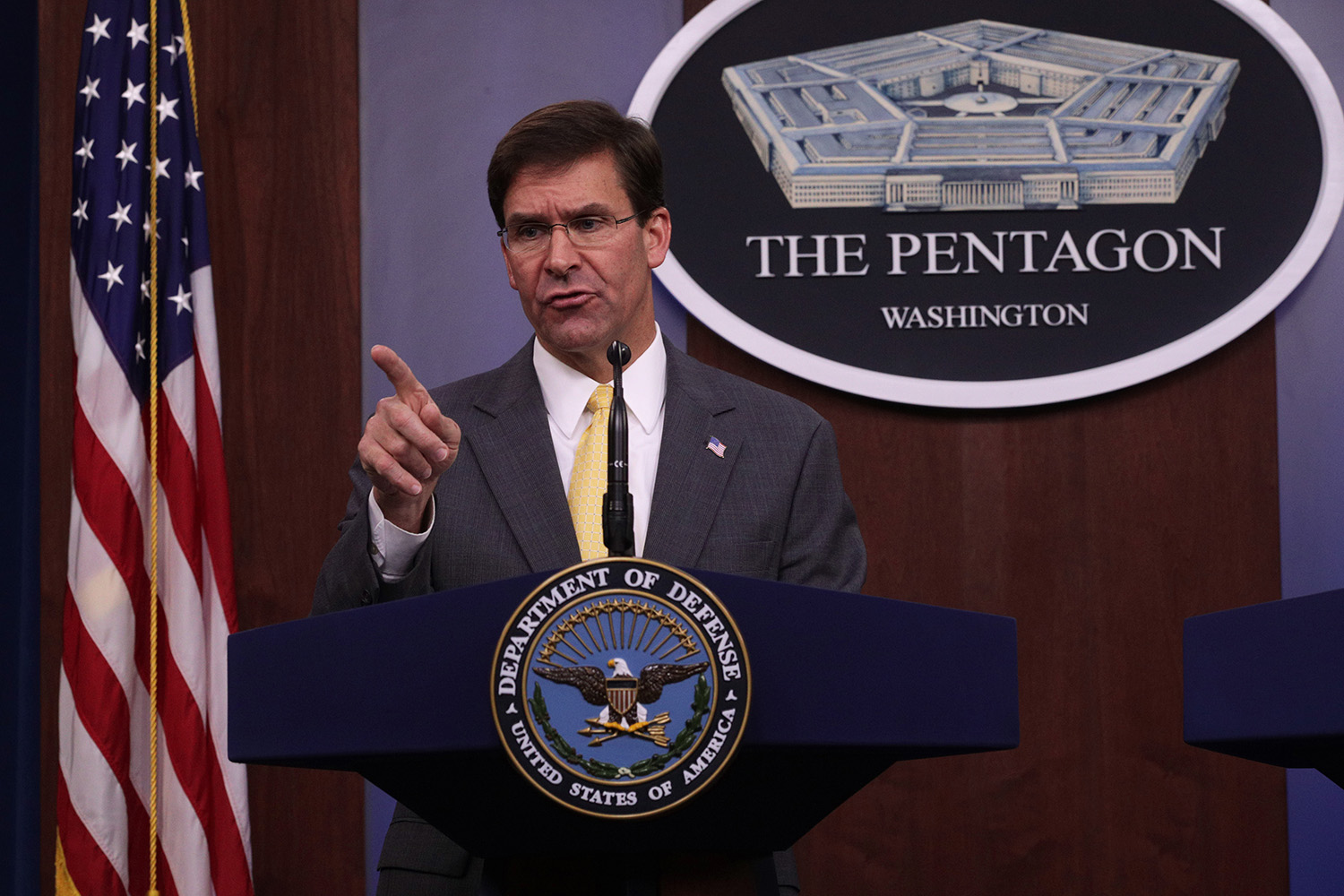 WASHINGTON — U.S. Defense Secretary Mark Esper intends to implement changes from his review of Defense Department organizations on a rolling basis, rather than waiting until the review process is completely finished, according to the department’s top spokesman.

Jonathan Rath Hoffman, assistant to the secretary of defense for public affairs, said Monday that there’s “no interest” from Esper to wait until the review is fully done or the start of the next fiscal year to start implementing program changes, including potential cuts.

“It’s going to be an ongoing process. If he makes a decision, it’s not going to be ‘I have to look through everything and then make some decisions.’ If he sees a program that needs to end or be moved, he’ll make that decision as quickly as he can,” Hoffman told reporters. “He’s going to make changes as we move forward. If he identifies changes that would save money, there’s no interest in waiting until next year to start saving money.”

An Aug. 2 memo kicked off a departmentwide review of programs ahead of the development for the fiscal 2021 budget request. The goal is to find savings and drive a “longer-term focus on structural reform, ensuring all [defensewide] activities are aligned to the National Defense Strategy while evaluating the division of functions between defense-wide organizations and the military departments," per the document.

The so-called fourth estate of the department includes 27 agencies, such as the Defense Intelligence Agency, the Defense Information Systems Agency and the Missile Defense Agency. A September 2018 report from the Government Accountability Office estimated those agencies collectively have an annual budget of at least $106 billion.

Esper has acknowledged the review sounds a lot like the “night court” process the Army used to find roughly $25 billion in savings that could then be reinvested into new capabilities. But he has so far declined to offer a target dollar figure for savings.

"It’s a long road. I’m spending two hours a week, 90 minutes to two hours a week on this in formal session, so we’re just going to work our way through it week after week after week,” the secretary said Aug 27. “I’m looking for programs that don’t have as much value relative to another critical war-fighting capability, absolutely.”

Hoffman described the process as starting with internal reviews inside the various offices, looking at what projects are ongoing. Those are cross-checked with assessments from others in the department that are looking to find cost-sharing or cost-saving options. Those are collectively provided up to the deputy secretary of defense before being presented at regular meetings with Esper.

Some have questioned whether Esper’s plans will run into roadblocks in Congress. On Monday, Hoffman stressed that the department has been keeping Congress in the loop.

“The secretary has been very adamant he wants to make sure Congress is fully informed,” he said.